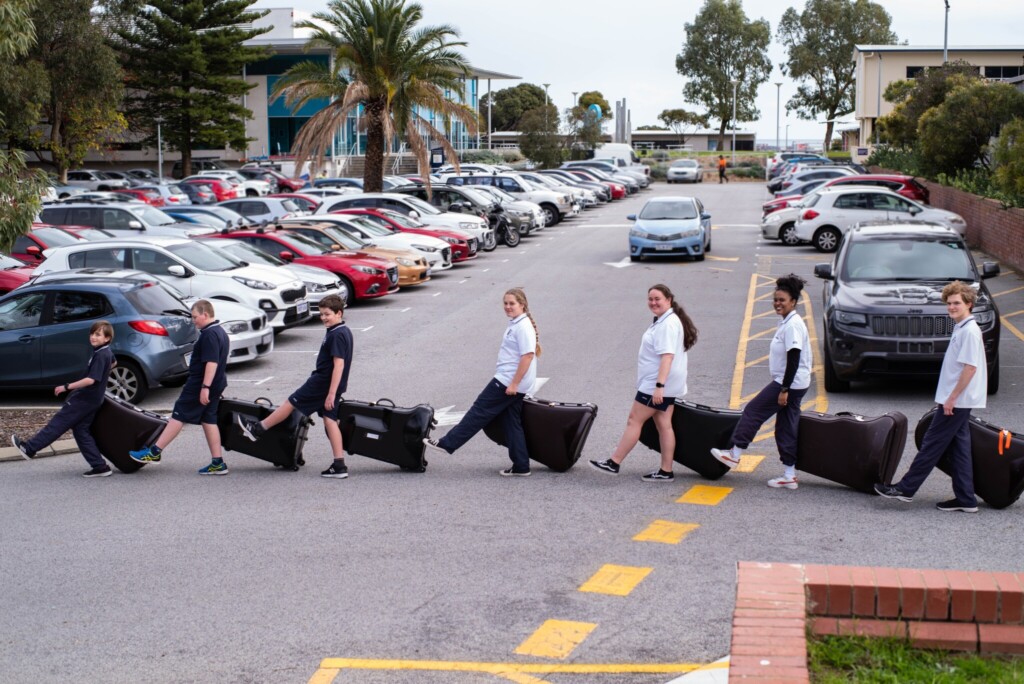 “John Curtin College of the Arts is thrilled to have a growing brass family, with the tuba team expanding to seven students this year – the most ever at the college.

When Instrumental Music School Services brass teacher Peter Younghusband started teaching at the college in 2014 there were no tuba players and all school ensembles were struggling without a solid brass line.

“Tuba is so important to any band or ensemble as it provides the foundation of any group,” Peter said.

“It is fantastic to see so many students learning to play the tuba now as It has never really been the most attractive brass instrument.”

Gifted and Talented Music student Maddie Jemane arrived in Year 7 as a trombone player but due to the need for a tuba player, she was asked to switch instruments.

“I found out I was the only tuba student; it was a bit stressful as a lot of ensembles needed tuba players,” Maddie said.

Maddie was excited by the opportunity and took up the challenge, becoming one of the youngest students accepted into Wind Orchestra 1, the college’s leading ensemble.

“It is great to be working and collaborating with other tuba players, and I have learnt to take on a leadership role being first tuba.”

Maddie’s attributes of leadership and collaboration have developed being part of the Gifted and Talented Music Program, giving her solid grounding to pursue a career in medicine.

“I had to explain to the new tuba players how we are important and the foundation of the band.”

“I love tuba because it is a unique and underrated instrument,” Maddie said.

The Gifted and Talented Music program performances have grown significantly since 2019, from putting on six yearly performances to 20 ticketed music performances a year, including Battle of the Bands and performances at Freo Social.”